Hope everyone's well. Some of you have got in touch to ask if I'll be doing a blog tour. Well, one has been organised for 'Wicked Cravings' which, as most of you know, will be released in April. Below is an announcement for the tour with the contact details for the blogger who is hosting it, Melannie - who has been a great help. 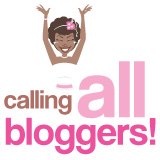 Wine Relaxation and My Kindle Blog (that's me!) will be hosting the upcoming Wicked Cravings (the Phoenix Pack Series book #2) by Suzanne Wright book blog tour. If you are a blogger and would be interested in joining the tour please email me with your email/blog name info. NO blog is too big or too small to participate. I’m taking names until the list is full for the tour. So please pass this message on!

So Tired It's Not Even Funny, But Smiling

How can I not be smiling when I've finally got my cover for 'Wicked Cravings'? (see right) Love the new one for 'Feral Sins' too. Can't believe it's only ten more days before it's re-released! Having both of them on paperback will be even better for me. 'Here Be Sexist Vampires' is now available in paperback form in the Createspace store, and 'The Bite That Binds' will soon follow. They'll both also be available on paperback through Amazon very soon. So, yes, I'm smiling like a Barbie Doll. It's kind of annoying me really, but it just won't go.

I've had a lot of requests from people asking if I'll put up another excerpt of Wicked Cravings. So sorry, but I'm not allowed to - if I'm honest, that just makes me want to do it - but what I'll do is put the occasional quote from the book on Twitter (@suz_wright). There's one up now, actually. It's just one of the many feisty interactions between Dante and Jaime. What control freak wouldn't get a little frustrated with an incontrollable woman, and vice versa?

Now I have to go and eat. I'd like to say I'll eat dinner, but I'll probably end up just munching on a bag of Skittles. Judge me if you will.

Posted by Suzanne Wright at 05:20 No comments:

Need Some Advice From My Faithful Readers

I have a tiny dilemma. It turns out that there's another book with the title 'The Bite That Binds' - my sequel to 'Here Be Sexist Vampires'. I always check before giving a book a title, but for whatever reason I hadn't found this other book on any list when I checked.

Anyway, although it's not illegal to reuse a title unless it has been trademarked - which this book hasn't - the book also happens to be about vampires. I guess with having 'bite' in the title, it's hardly surprising. It doesn't really affect me, so I thought I'd ask if you, as readers, would find it confusing to find two vampire books with the same title. I could always change it slightly to 'Bites That Bind' or 'A Bite That Binds'...? Any input would be appreciated.

I'd like to say a big thank you to everyone who bought TBTB, hope you all enjoyed it. I'm now working on the third instalment of the Phoenix Pack series, 'Tremors of Need', which centres around Shaya and Nick. I can't give any background to the story without leaving spoilers for 'Wicked Cravings' and I'd rather not do that. Not long left until WC is released. In fact, it's just eighteen more days until the re-release of 'Feral Sins'. It had once seemed so long away.